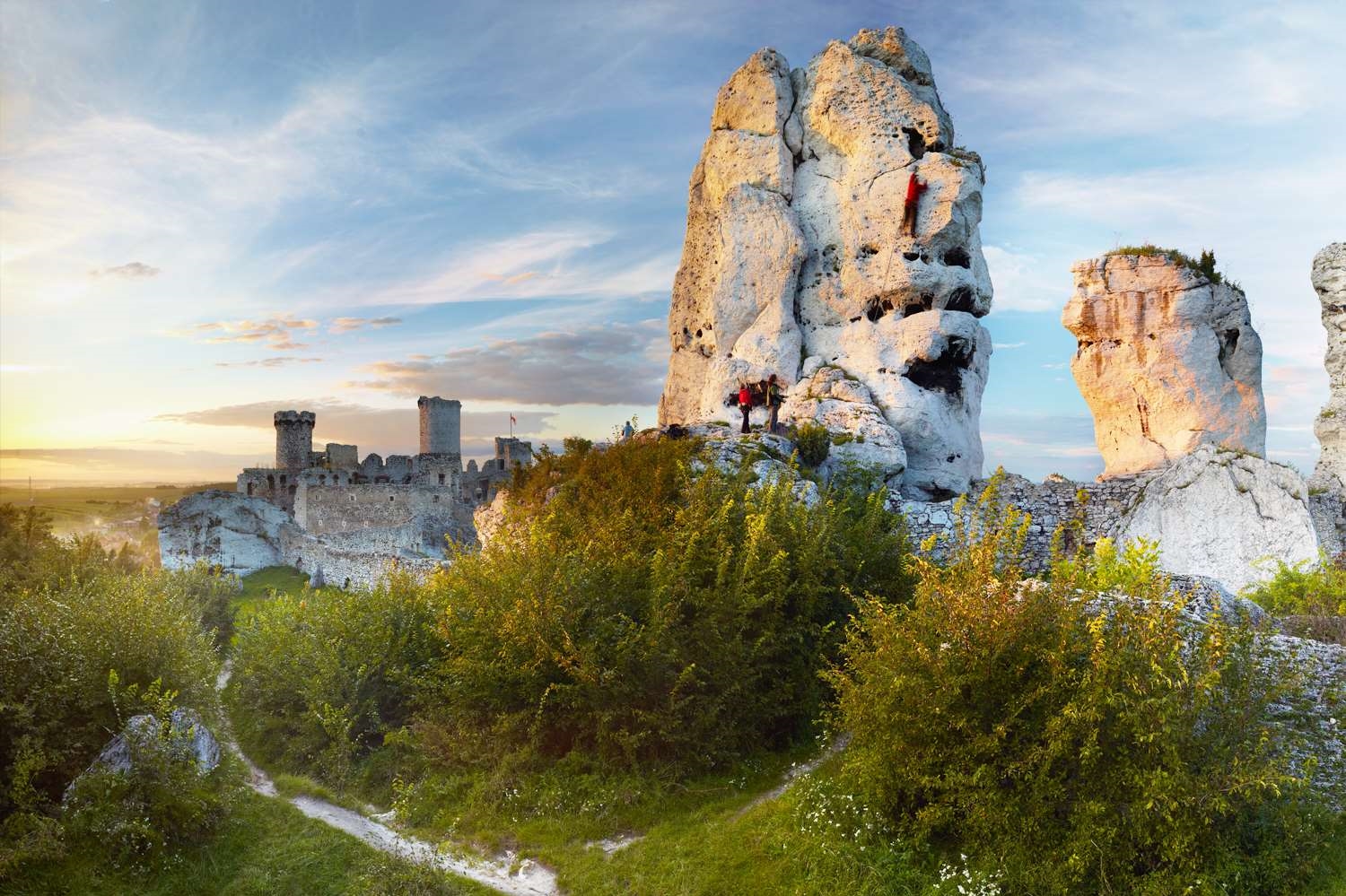 The proposition to create the rout was first presented in the Ziemia journal by Stanislaw Leszczycki in 1927. In 1930, a trail running from Cracow by Ojcow Plateau and Teczynski Ridge, and then returning to Cracow was marked out. Despite its picturesqueness, the trail became forgotten since it was in no way preserved or renovated. In 1948, another attempt at charting of the trail was taken by Kazimierz Sosnowski, a known tourist and geographer. Two years later, in 1950, due to a grant from the Ministry of Communication, the trail was finally mapped out as a tourist walking trail with a length of 163.9 km, extending from Cracow to Czestochowa. In subsequent years, the trail route has been repeatedly corrected, introducing little changes to the original course, mainly with a view to increasing its attractiveness. It's poetic name the trail owes to ruins and castles located along the route, built mostly on hilltops, surrounded by inaccessible limestone rocks, hence their name Eagles' Nests. Beside the castles, on the trail you can also enjoy a number of other attractions: historic religious buildings and natural formations, which undoubtedly make it one of the most picturesque trails in Poland. Nowadays, the trail running through almost the entire area of Cracow-Czestochowa Upland is an attraction not only for hikers. With the ever expanding infrastructure and constantly growing number of attractions, it is the perfect place for tourists who want to actively spend their leisure time. Here you can enjoy the trail by bike, go climbing, explore caves, go Nordic walking or skiing. All of this in the surrounding of a uniquely beautiful landscape. There is a well-developed tourist accommodation and agrotouristic base. The trail is well marked and any additional information can be obtained from the network of tourist information points. In 2012, the Eagles' Nests Trail, which is taken care of by the Association of Municipalities of Jura, was awarded the Gold Certificate of the Polish Tourist Organisation becoming the best Polish tourist product.